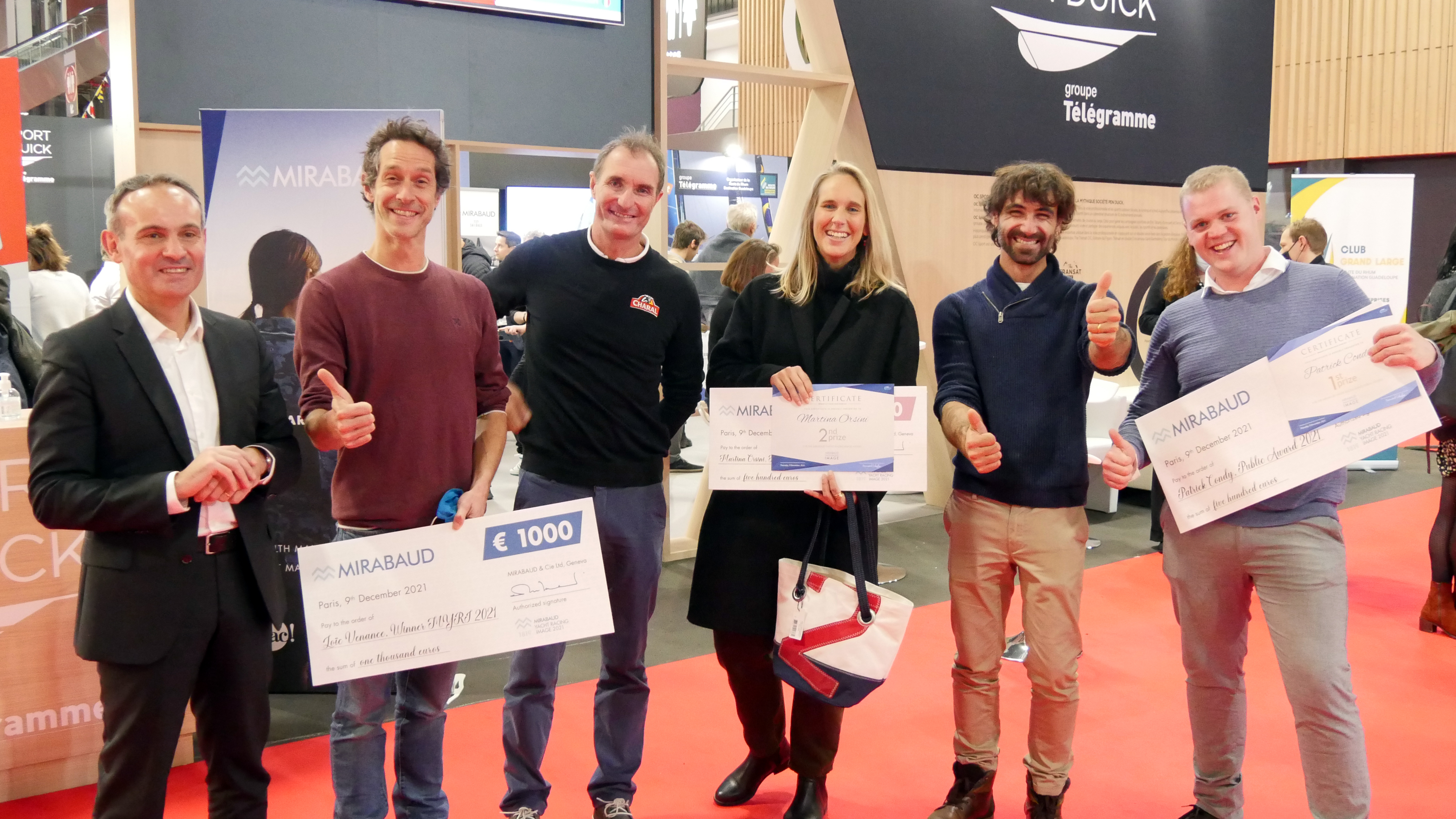 The winners of the award, including AFP photographer Loïc Venance from Nantes (FRA) and Patrick Condy (UK), were celebrated on Thursday night at Le Nautic in Paris in the presence of sailing stars Alan Roura and Jérémie Beyou.

Paris, December 9, 2021 - Some of the world's greatest yacht racing photographers gathered in Paris this evening for the Mirabaud Yacht Racing Image award prize giving. Among them, French photographer Loïc Venance, winner of the main award thanks to his picture of french sailor Jeremie Beyou in the Vendée Globe, and Patrick Condy (UK), winner of the Public Award.

No less than 126 photographers spanning 24 nationalities participated in the 13th edition of the Mirabaud Yacht Racing Image Award. Their photos illustrate the sailing season’s highlights, including the Vendée Globe, the Olympic Games and the America's Cup, as well as SailGP and other more popular events such as the Fastnet race, Voiles de Saint-Tropez, Mini Transat and sailing regattas all over the world.

Born in Paris in 1975, Loïc Venance studied photography at the Ecole de l'Image (Gobelins). He joined Agence France Presse (AFP) in 2001 and covered numerous subjects in France and abroad, including Lybia, Bolivia or Thailand. Venance started to work in sailing in 2016, covering offshore races such as the Vendée Globe, Route du Rhum or Transat Jacques Vabre.

"I am very happy to have won this prize, which is clearly an international reference in sailing photography, and to have my photo chosen among so many high quality images," said Loïc Venance.

Italian photographer Martina Orsini is this year's runner-up, ahead of another « legend » of yacht racing photography, Daniel Forster (SUI).

The Public Award, based on the number of public votes cast on the internet, was won by Patrick Condy from the UK with an image of Alex Thomson's Hugo Boss rounding the Fastnet Rock. Condy leads two Hungarian photographers: Brigi Török and Jóka Gémesi.

“It is an amazing honour to have won the Public award in such a prestigious competition", said Patrick Condy. "This award is something all marine photographers aspire to win and it is great to see it going strong in what has been a difficult year for us all. I would like to thank Alex and the team at Alex Thomson Racing for giving me the opportunity to be onboard for this moment.”

The Mirabaud Yacht Racing Image award 2021 has once again been a huge popular success, with approximately 15,000 votes on social media and more than 250,000 page views.

"It is always very interesting to relive the great annual events such as the America's Cup and the Vendée Globe through the eyes of the world's best yacht racing photographers,"  said Nicolas Mirabaud, Managing Partner of the Mirabaud Group."It is a real privilege for us to help bring them together in a unique event. Congratulations to all the participants, who often expose themselves to make original and different images."

The award ceremony took place online and can be viewed here. The winning photos are available for the media on MaxComm Media.