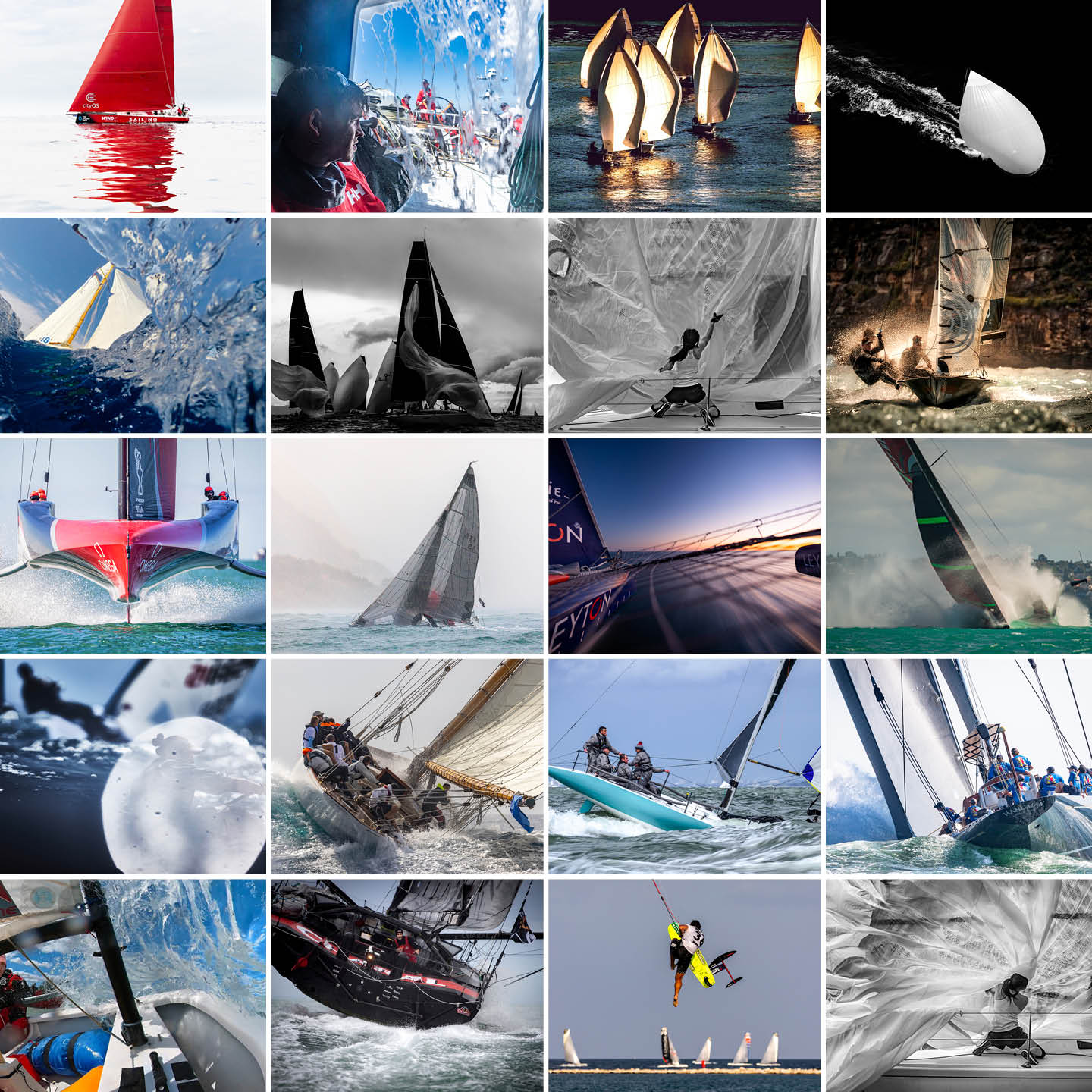 The 80 photos selected by the international jury are available on the event's website. Today we unveil the Top 20, dominated this year by Italian photographers! The winners will be celebrated on 9 December at the Nautic in Paris and the prizes awarded by an internationally renowned sailor.

The top 20 includes some of the world's most prominent sailing and yacht racing photographers, active all over the world. The overall winner of the 2021 edition is one of them.

Italy wins the ranking by nations, with five images in the top 20, ahead of France (3 images), New Zealand, the USA and Russia (2 images).

The Public Award ranking, based on the number of votes cast on the Internet (nearly 15,000), is different from the ranking established by the international jury. The votes of the members of the international jury were also quite different from each other, which illustrates the richness of sailing photography and the wide range of emotions and reactions that these photos evoke.

The Public Award was dominated by France (6 photos), followed by Italy and Great Britain (3 images), Russia and Hungary (2 photos).

Awards ceremony on 9 December at the Nautic

The winners will be celebrated on 9 December at an official ceremony at the Nautic (Paris international boat show), on the OC Sports - Le Télégramme stand from 6:00 pm. Media and marine photographers are cordially invited to this ceremony. The prize money will be distributed to the winners in accordance with the rules, while the prizes in kind will only be given to the photographers present at the ceremony.

The prizes will be presented to the winners by an internationally renowned sailor.

Registration required, thank you in advance

The ceremony will be broadcast live on our Facebook page.