A. Participation
B. Selection and submission of the images
C. Rights of use & copyrights
D. Awards & voting procedure

The Public Award helps promote the contest through the social networks but doesn’t rate as high as the main award. The selection will be based on the public votes on Internet between October 20, 2022 and November 15, 2022.

The photographers have the right to and they are encouraged to promote their pictures through the social networks as this is considered as a global promotion for the contest and all the participants.

The winners of the Mirabaud Yacht Racing Image 2022 will be celebrated in public during the Yacht Racing Forum in Malta on November 21, 2022.

The winner of the Public Award will be announced and celebrated at the same time. He/she will  receive € 500 prize money.

The organisers of the Yacht Racing Forum will extend complimentary delegate passes to the photographers who have submitted photos for the contest.

These rules are subject to Swiss law and to the exclusive place of jurisdiction in Geneva (with reservation of the right of appeal to the Federal Court in Lausanne). 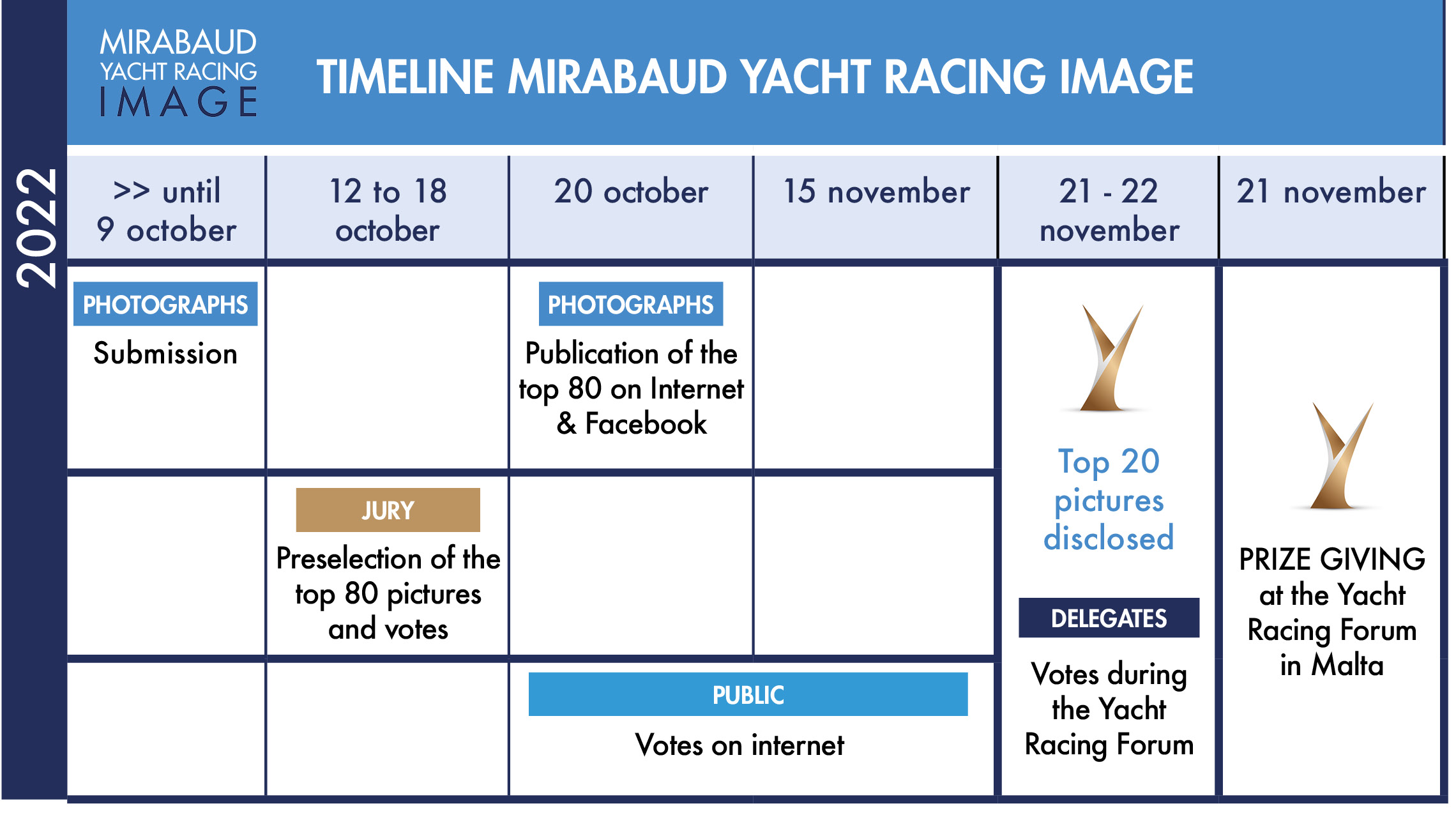