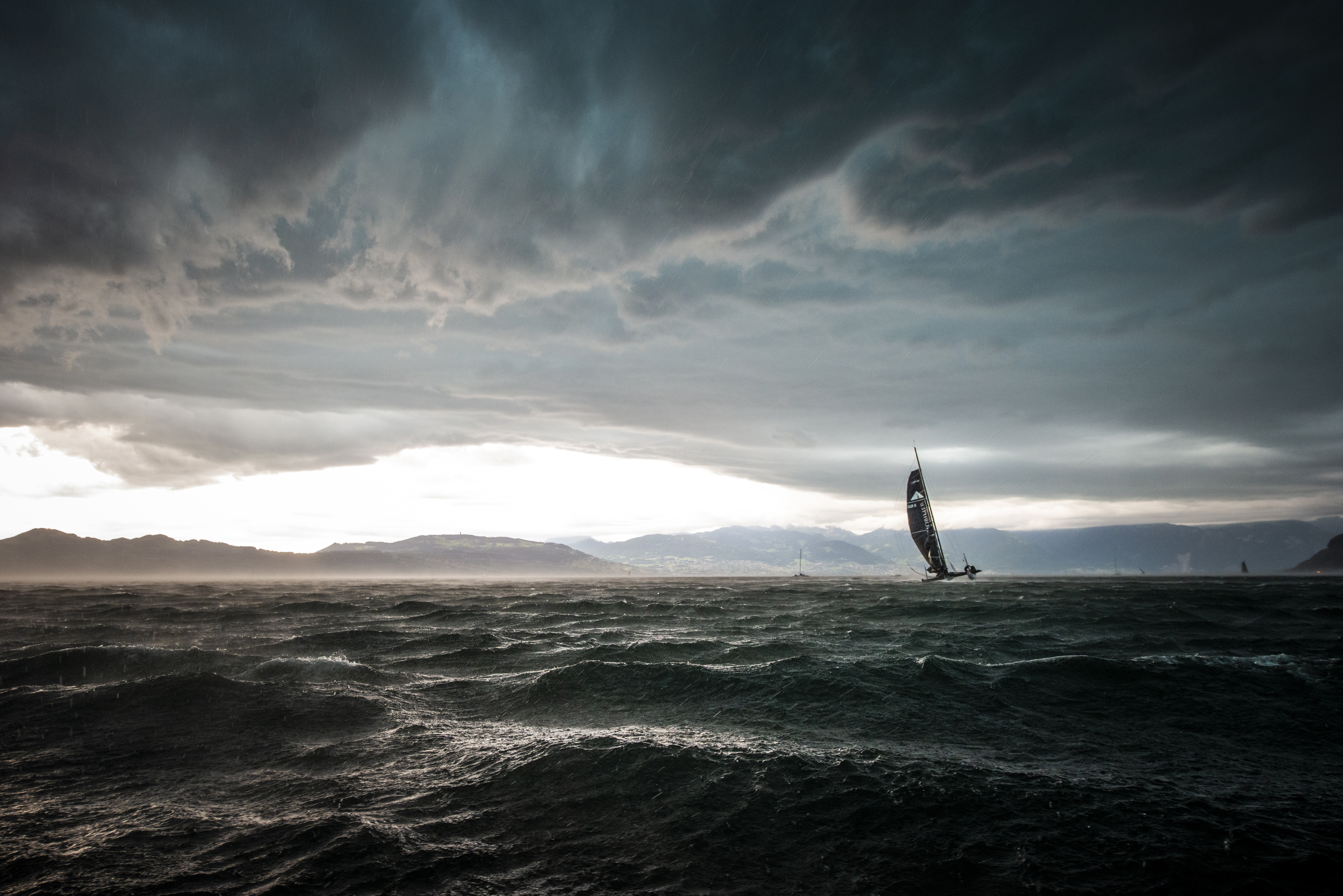 November 26, 2019 - Swiss photographer Loris von Siebenthal is the winner of the Mirabaud Yacht Racing Image photo competition 2019. No less than 133 photographers representing 29 nationalities joined the 10th edition of the event. The photos submitted illustrate the 2019 sailing season and highlight the extraordinary diversity of the sport, which combines crewed round the world regattas, junior sailing, Olympic events or in-port regattas, with events spread all over the world.

The international jury selected yacht racing photographer Loris von Siebenthal (SUI) and his image taken during the Bol d'Or Mirabaud. Based in Geneva, von Siebenthal has been working as a sailing and advertising photographer since 2001. He is regularly involved in major international events, top level classes and teams. "The Mirabaud Yacht Racing Image award is the absolute reference for sailing photographers from all over the world, and it is a great honour to receive this prize from such a panel of professionals", he said. "When we are on the water, our job is to anticipate visually challenging situations. Sometimes the weather conditions offer us this extra intensity. The few seconds before the passage of this stormy front on June 15 were one of those moments of grace that we are looking for over the years."

The Mirabaud Yacht Racing Image Award 2019 has once again been a huge popular success, particularly on social networks. Approximately 18,000 votes were counted, while the website recorded more than 288,000 page views. Taking into account the sharing on social networks, millions of people have been looking at the images submitted.

Loris von Siebenthal has been celebrated this afternoon in the presence of the sports' leading personalities gathered at the Yacht Racing Forum in Bilbao, Spain. He succeeds Portuguese photographer Ricardo Pinto, winner of last years' contest. Von Siebenthal won ahead of Sharon Green (USA) and Ian Roman (GBR). The leading nation again is France once again, with four photographers in the Top 20, followed by Italy and the United Kingdom.

“Mother nature allows us to witness unique moments. This photo captures the huge storm that hit the prestigious Bol d'Or Mirabaud this summer, with a D35 catamaran struggling to survive winds over 60knts. Those are very special days in a photographers' life, when you just need to hold on and literally go through the storm to get the shot you want. Well done Loris!", commented Ricardo Pinto, member of the 2019 International jury.

"We have been supporting this event since the first day, ten years ago," says Nicolas Mirabaud, Managing Partner of the Mirabaud Group. "We are obviously very touched by Loris von Siebenthal’s picture, taken during the 81st Bol d'Or Mirabaud. This edition was epic, with a real Lake Geneva storm that made the race conditions very treacherous. Loris von Siebenthal's photo captures these emotions and reflects the difficulties faced by sailors that day. Congratulations also to all the other photographers for their passionate work and for the quality of the images transmitted during this edition. Choosing one, to award this prize, is becoming more and more difficult."