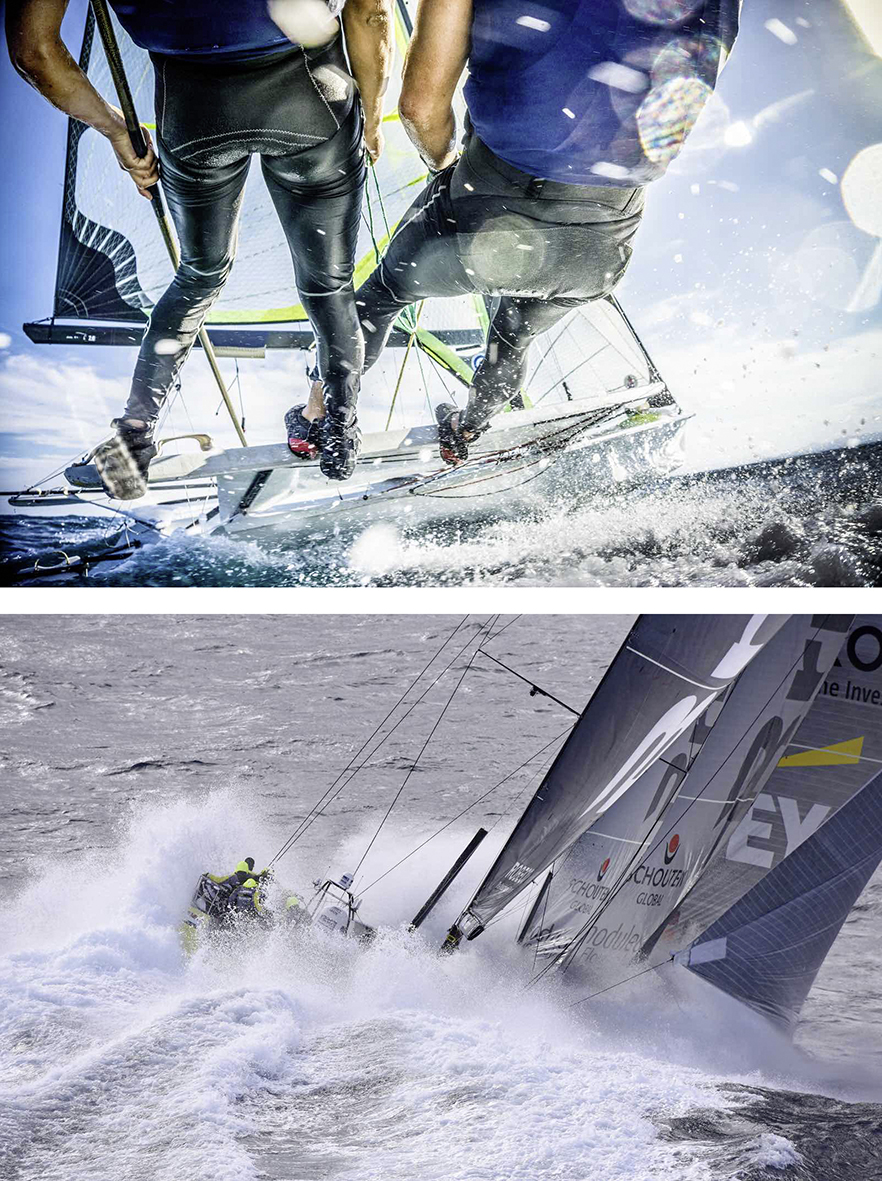 The sixth edition of the Mirabaud Yacht Racing Image welcomed 135 professional photographers spanning 29 countries and generated an exceptional selection of images. Nikos Zagas (GRE) won the main award, whilst the delegates from the Yacht Racing Forum chose Rick Tomlinson's photograph for the «Public Award». A special mention was awarded to Brian Carlin (IRL).

135 professional photographers spanning twenty-nine nations submitted a picture for the Mirabaud Yacht Racing Image 2015 and generated an exceptional selection of images that summarize the 2015 yacht racing season better than words. Greek photographer Nikos Zagas (GRE) won the main award whilst Rick Tomlinson  (UK) won the prize of  the public. A special mention was awarded to Brian Carlin (IRL). The top 80 pictures can be viewed at www.yachtracingimage.com

No less than 38’555 votes have been taken into account whilst more than 1,4 million pages have been viewed on the event’s website. The viral spread of the images on Facebook is spectacular, and can be estimated in millions.

Based in Piraeus, next to Athens, Nikos Zagas has always had an interest in sports and especially water sports. He opened his own photography studio in 1992 and began sailing in 1996. He is now the official photographer of the biggest and most important regattas in Greece.

« I am very honored to win this prize, above all with so many professionals and experienced photographers in this contest », said Zagas. « I feel fantastic, this prize is a big recognition for my work. The Mirabaud Yacht Racing Image is the most important sailing photography contest, thanks to the support of Mirabaud and the organization of MaxComm ! » Nikos Zagas won the prestigious Mirabaud Yacht Racing Image award, a stunning watch Zenith El Primero Chronomaster 1969 and €1’000 prize money.

Rick Tomlinson won the «Public Award», awarded by the delegates from the Yacht Racing Forum in Geneva out of the twenty pictures preselected by the public on Internet, thanks to his picture of Team Brunel sailing past Cape Horn. « This picture wasn’t taken by chance, it was a big work thanks to the Volvo Ocean Race team, my colleagues that came with me to the Cape Horn and Team SCA », says Rick with a lot of emotion. He also received a €1’000 prize money and a Nespresso Coffee Machine.

A special mention was awarded to Brian Carlin for his extraordinary picture of Team Vestas   Wind grounded on a coral reef during the Volvo Ocean Race. Richard Gladwell, Editor at SailWorld.com, said that « looking at the totality of what he did in terms of onboard media - video, commentary and still photography - it was an amazing effort and he achieved the rare distinction of having sailing video crack through into the mainstream news stories. It was a superlative effort and deserves special recognition in the wider context of sailing media. »


« The winning pictures illustrate in their own way, through angles or specific situations, the tight link that unites the sailors to the power of the sea. The quality of the images submitted, their originality, and the emotions they generated made it very difficult to make a choice amongst the 135 photographers », said Antonio Palma, CEO of Mirabaud & Cie, the event’s main partner.

Richard Gladwell, editor at SailWorld.com, commented: « Overall the improvement in the technology available to the photographer makes many new angles and effects possible, and most of the images submitted had embraced that change and opportunity. In years to come some of the images submitted for this contest will be regarded as being amongst the iconic images of sailing. »

America’s Cup and Whitbread race veteran Dawn Riley, also a member of the Jury, paid tribute to all the photographers involved in the contest: « It was hugely difficult to make the choice between the photos with their quality and diversity. »

The Jury of the Mirabaud Yacht Racing Image 2015:

Copyright free photos can be downloaded by media at the following address: www.maxcomm-media.com