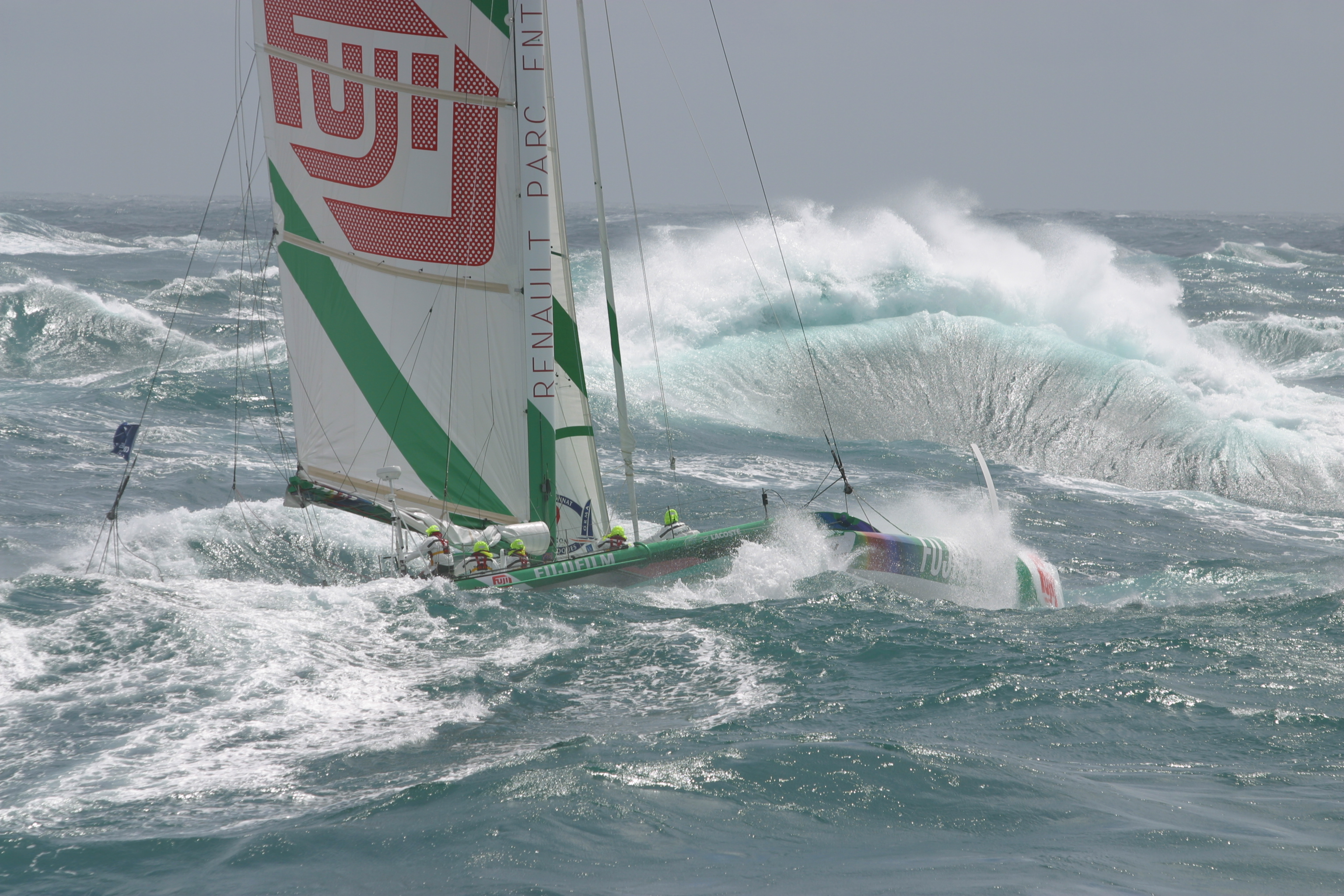 131 professional photographers took part in the special edition of the "Mirabaud Yacht Racing Image of the Century" photo competition, designed to celebrate the best sailing images taken since 1 January 2000. Gilles Martin-Raget (FRA) won the main prize, while the public chose the photo of Alfred Farré (ESP). A special prize was awarded to Dan Towers (GBR) for his photo of Bernard Stamm facing a terrible storm in the Bay of Biscay in 2006 during the Velux 5 Oceans Race.November 24, 2020 - The international jury decided to honour the French photographer Gilles Martin-Raget and his image of the Orma 60 Fujifilm II trimaran, taken during the Course des Phares 2002. This picture shows the famous French sailor Loïck Peyron, in a very special stretch of water called "Le trou du diable", located south of the island of Ushant, in Brittany. A sailing photographer since 1986, Gilles Martin-Raget is based in Marseille and regularly contributes to the most prestigious sailing publications in addition to being the official photographer of several sailors and teams. " I am elated and very, very happy!", said Martin-Raget. "I have entered a photo nearly every year since the creation of the contest, and like in any competition, it is good to win from time to time. Of course, being able to choose in 20 years archives gave a bit of bonus to the old foxes like me as many entrants are rather young guys - this is good news - but the future belongs to them.

On top of thanking the jury for their choice, I would like to congratulate Mirabaud and MaxComm for succeeding in keeping the contest alive in this very difficult year.  Our job went to a brutal stop due to the cancellation of nearly every race in 2020. It emphasised how grateful we need to be to all the sailors, owners, race organizers, sponsors, clubs, boatbuilders, designers, and to the whole nautical industry as they are the ones producing this fantastic show that we know as yacht racing.

We photographers are just privileged witnesses of a show that becomes very spectacular when mother nature tenses its muscles. I think the "Fuji at Ushant" photo is just a perfect example of that and I am also grateful to Philippe Facques' Royale Production, the Orma 60 circuit organizer, and to the pilot of the helicopter - the legendary Daniel Manoury on this specific day."The Mirabaud Yacht Racing Image Award has once again been a huge success. No less than 12'000 votes were counted on the event website while thousands of people liked and shared the pictures on the social networks. In all, several million people watched and enjoyed the images submitted by the worlds' best sailing photographers.Gilles Martin-Raget won ahead of Antoine Dujoncquoy (FRA) and Dallas Kilponen (AUS). "Gilles' photo is without a doubt an iconic image that deserves to be rewarded as the best sailing photograph of the Century", commented Nicolas Mirabaud, member of the International jury. "On the one hand, because this stormy sea and pyramidal waves are absolutely incredible and on the other hand because the photo was taken during an era of transition between slides and digital cameras. Congratulations to Gilles and also to all the other photographers."Alfred Farré (ESP) benefited from the biggest number of votes on Internet and wins the Public Award thanks to his beautiful photo of two Minis fighting the storm in a breathtaking landscape during the Mini Med 2009, in Spain. The Special Award goes to Dan Towers (GBR), who is rewarded for his stunning picture taken in the Bay of Biscay, after the start of the 2006-2007 VELUX 5 Oceans.Gilles Martin-Raget will receive a prize-money of € 1'000 as well as an Alpina Seastrong Diver 300 Automatic watch offered by Skippers magazine.The award ceremony took place online and can be viewed here. The winning photos are available for the media on www.maxcomm-media.com